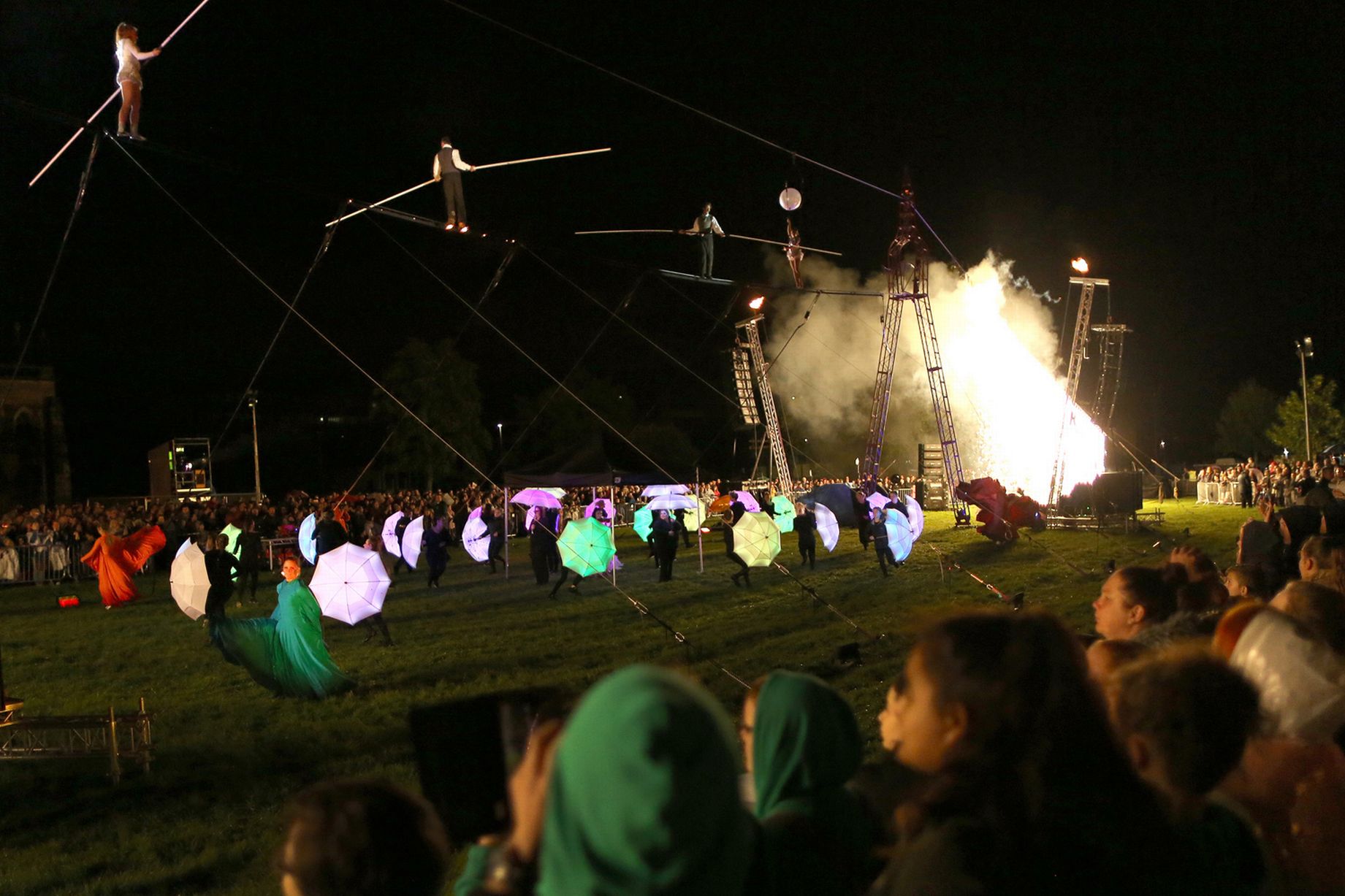 We are proud to work closely with the Bullzini Family.  The UK’s premiere high-wire circus troup and have worked with them on several of their projects and events including large-scale collaborations with Bristol based circus producing house Cirque Bijou and world renowned fire-wire walking stuntman Jade Kinder-Martin. Performances take place on and around a tensioned wire set up between two imposing towers and feature death defying circus stunts executed with great skill and grace. 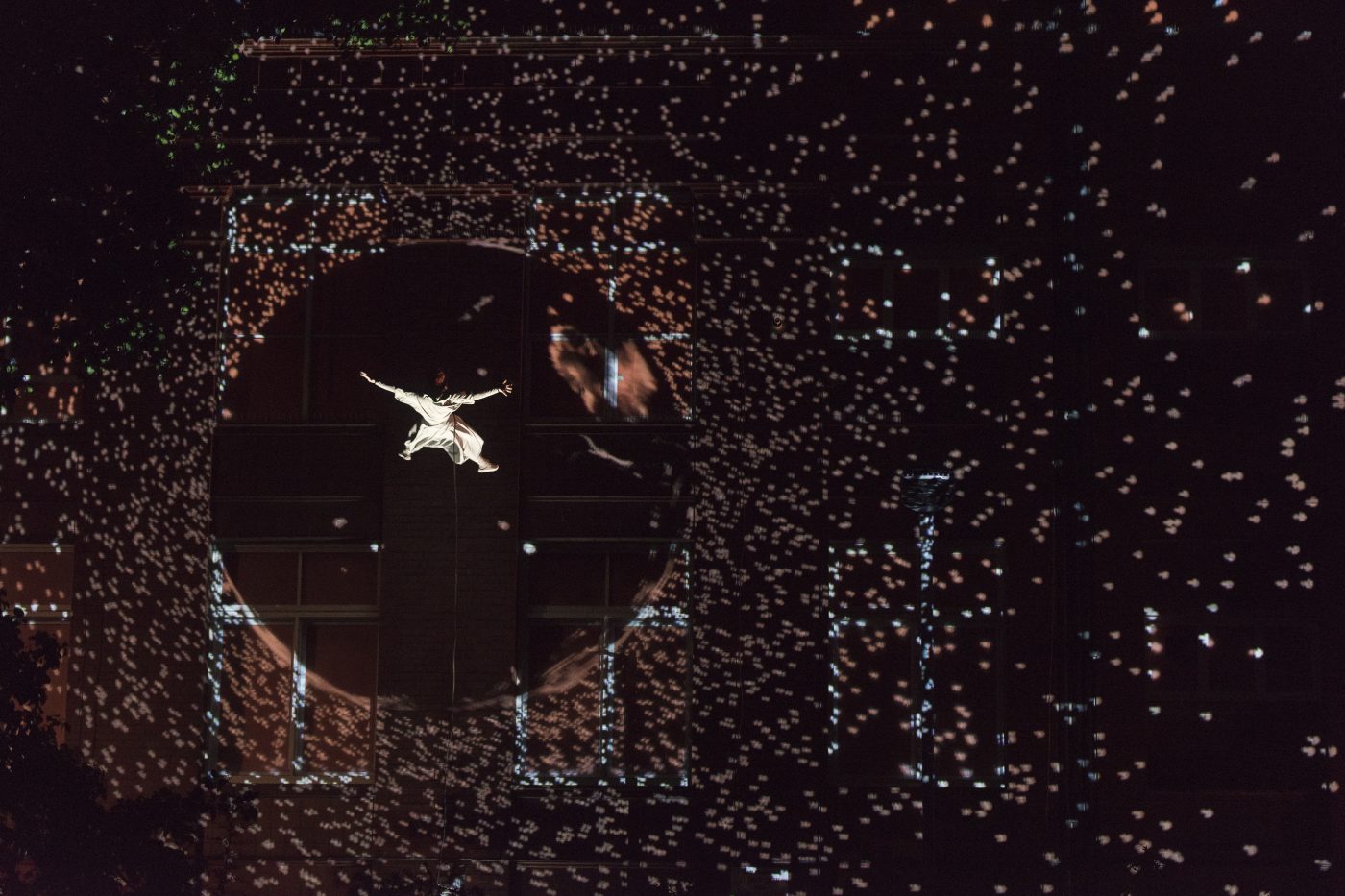 In October 2017 we worked with vertical dance company Full Tilt Aerial Theatre to design ‘Substratum‘ – A unique outdoor performance experience combining projection mapping and acrobatic dance to create an immersive multi dimensional spectacle that sees performers flying and leaping from the walls of a building! The performance premiered at Circus City, Bristol’s biennial circus festival and was staged on the iconic Tobacco Factory. We worked with the company throughout the research period exploring different rigging systems to help the directors achieve their vision for this unique performance project. 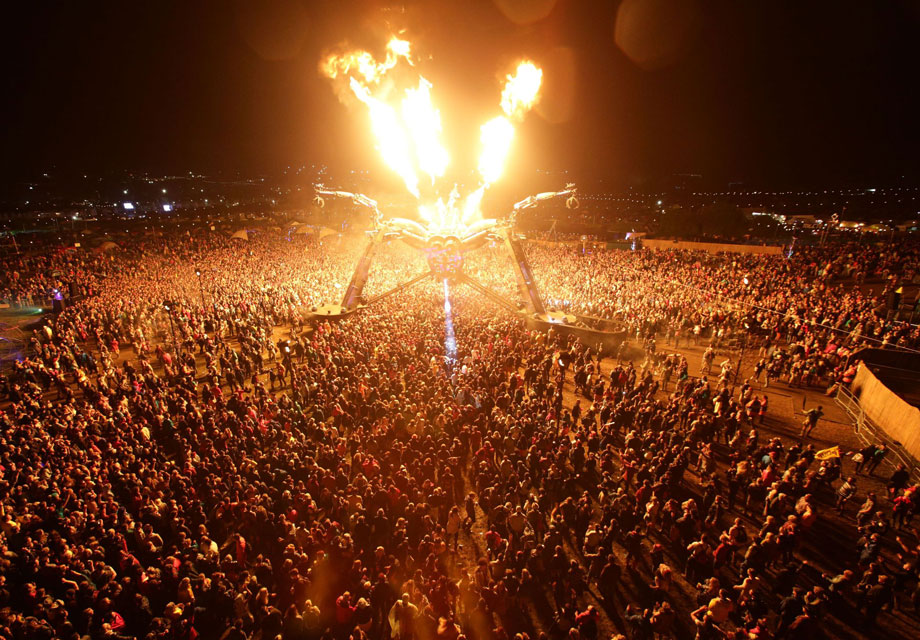 In 2017 our lead rigger Cihan Kuscu toured with Arcadia Spectacular as a rigger/performer. As well as erecting the enormous ‘Spider’ structure alongside Arcadia’s stellar team of rope access technicians – the role involved flying ‘the lords of lightening‘ in a zorb over the audience, driving a robot spider across a tensioned line and performing a spinning finale in a harness propelled by a canister of CO2. The schedule saw ‘The Landing Show’  visiting Miami Ultra Music festival and Taiwan and ‘Metamorphosis’ staged in its UK home at Glastonbury Festival of Performing Arts. Both these innovative shows combine special effects and aerial performance to animate a giant 50-tonne fire-breathing ‘Spider’ sculpture. It is always a thrilling experience to work with Arcadia with performances happening in front of large audiences of as many as 50,000.